At Huge Inc. we have a beer club which holds weekly tastings and also brews it's own beer. So far we have brewed and bottled half a dozen batches of beer. Overall, bottling was proving to be a time consuming process (not to mention we have had a recent spat of exploding bottles):

In the interest of time (and safety) we've switched to using a kegerator. By default the kegerator comes with a plain black handle, so it was a great opportunity to try 3D printing a custom tap!

My first approach was to search and see if I could find some sort of standard 'tap thread'. Turns out such a thing exists, it is 3/8"-16 UNC (whatever that means). I searched around online and found a model which was exactly that. I printed a test, and it was way too small. It seems the printer was making the thread a little tighter than it should have been.

So my next attempt was to see if I could make my own thread. Luckily TinkerCad has a "shape generator" for creating threads. Basically you drop the shape on the plane, and you can adjust some variables to get your desired thread. I'm sure there is a scientific way to determine the proper thread sizing, but I used my favorite method: Trial and Error™. 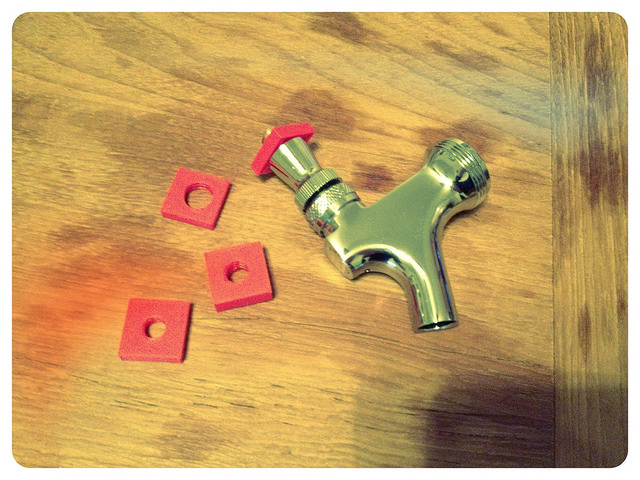 After playing with TinkerCad's settings a little bit, it turns out 4th time is the charm! I was able to generate a thread which could be used as a hole with a nice tight fit. These are the settings I ended up with: 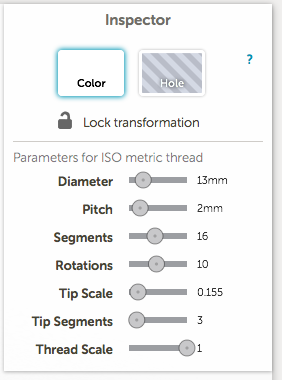 The 3D model is available to play with. It's rendered as a solid (so it will show up in preview mode), but to use it you basically design a tap, and then add the thread as a hole, and merge the tap and the hole.

Here is the outcome after I made a test tap on my Makerbot Rep 2! If you have any questions about creating your own hit me up in the comments or on Twitter. 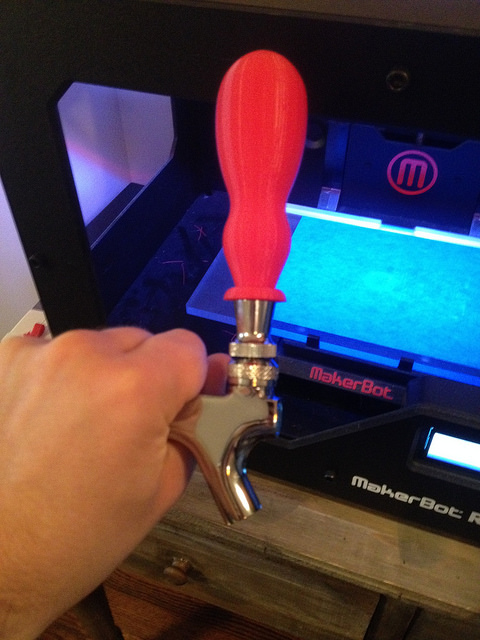